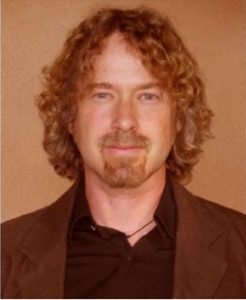 Genius Investigator & Artist – the rest below needs to be heavily edited, but is the start for how Mathis is currently portrayed :-

Mathis thinks that standard mathematical derivatives are incorrect — overturning almost all math and science, ever.

this is mostly copy, still to be edited

He has also invented a charge field theory which, like all of his other myriad theories, has yet to pass the scrutiny of a basic peer review.

In addition to his math and science ineptitude, Mathis is also a raving conspiracy theorist.

“”Quantitatively, this may be THE biggest error in all of math and physics, since every single physical equation with π in it must now be thrown out and redone.

ME :- I want to consider this more in regard to stepping motors?

For those who want to go straight to the pure mathematics of the theory (without all the tedious verbiage), read “The extinction of pi short version”,[4] which contains his comical attempt at a formal

Listed below are the Mathis papers that describe his zany wronger than wrong unorthodox pi=4 theory:

A well-written critique of the pi=4 theory has been written by computer scientist Mark Chu-Carroll.

Derivative falsehood
Mathis claims that the derivatives used in calculus of many elemental functions (log(x), ln(x), etc.) have been calculated wrong and therefore any math or physical experiment that relies on them

must also be wrong. His evidence for this claim is nothing more than a reference to his own articles where he redefines the derivative; basically turning it into a rough approximation (an average

ME :- Need to review my maths stuff? long time since I was into it!

Unified field theory
See the main article on this topic: Theory of everything

The book reviews. Oh god, the fawning reviews.
“”This paper is not a historical overview of failed Unified Field Theories. Nor is it a philosophical treatise on the idea of the Unified Field. Nor is it an esoteric model based on extravagant and

untestable hypotheses. Nor is it the revelation of some new math, so difficult it requires large computers just to store the equations.
—Miles Mathis, The Unified Field Theory[9]
“”This means that if the Earth were denser, you would weigh less, not more. You weigh less on the Moon not because it is less dense, or because it has less mass, but because its foundational

dense, on the surface. And this is simply because it has so much less surface area than the Earth (13 times less). You can’t just look at mass or density, you have to look at field lines; and the

density of those field lines at the surface determines the strength of the foundational E/M field.
—Miles Mathis, What is G?
Mathis is perhaps most notable for his screed on the Unified Field Theory, which purports to derive a unified field equation, “the solution of a very long mystery.”[9] He provides no sources for this

theory except for his own. His theory is essentially an esoteric model based on extravagant and untestable hypotheses.

“”This means that the dark matter math is also a type of modified Newtonian dynamics. It is modified in that it takes the definitions and turns them upside down. We could call it a FFAND: a

falsified and fudged Newtonian dynamics.
—Miles Mathis, deeply diving into alternative scientific theory that no one is capable of understanding except for Miles Mathis[10]
The majority of his papers are an exercise in trying to justify a haphazard Unified Field, in which anything goes, including a mathematical proof of pi equaling 4.[2][11] He states that he can say and

do anything he wants because he has to answer to nobody.[note 1]

Mathis has penned a couple of books that collect various random screeds from his web site together and attempts to pass them off as legitimate science.[1][12]

Conspiracy theories
Mathis subscribes to quite a number of conspiracy theories, usually by the effect of “X person faked their death”, “Y murder was a hoax” or “Z is an intelligence asset”. Given that belief in

conspiracy theories is often motivated by a sense of “special-ness”, and Mathis claims to have overturned almost all mathematics and science, this isn’t surprising.

To be clear, if I say ME:- yep, I mean I agree mostly with MM’s analysis

The Boston Marathon bombing was faked. ME:- yep
The Sandy Hook mass shooting is a “scripted tragedy”. ME:- yep
Unsurprisingly, he’s also a birther and 9/11 truther. ME :- what’s a birther, but yep
All major internet sites, NASA, and mainstream physics are infiltrated by the CIA. ME:- yep
John Lennon faked his death and is currently living in Canada. ME:- yep, but Canada? & his choice
The Zodiac killings were faked. ME:- don’t know what this is
Stephen Hawking died and was replaced by an impostor years before his reported death. ME:- yep, wasn’t real in the first place
The Lincoln assassination was faked. ME:- yep
Mathis regularly adds dozens of other equally absurd conspiracies. ME:- too vague

You cannot find anything against Cavendish on the internet. I discovered the existence of one critique by S.J. Barnett, from 1902, but the abstract had recently been deleted by Harvard. Apparently

too many people were beginning to look at it, and they had to take it down.

A superconducting gravimeter was used in a laboratory physics problem for the first time in the inverse square law of gravitation. The gravimeter test mass was used to measure the force exerted

by a 325 kg source mass as a function of the separation between the masses. The results of the experiment are interpreted in terms of two models of non-Newtonian gravity, and compared to

limits established by previous experiments. A statistically significant deviation at the level of 7.5 parts in 10 to the 3rd power from Newtonian behavior is observed. It does not conform to either of

That sounds kind of dangerous to me, and I predict this abstract will soon be deleted as well.

The rest of the post asserts that science paywalls — rather than being relatively innocent capitalism-fueled endeavors — are set up to hide information.

Anti-semitism
Mathis exhibits blatant anti-semitism in his writings. He has claimed without proof that many non-Jewish individuals are actually Jewish, including Jack NicklausWikipedia’s W.svg,[23] C.S. Lewis,

Response to RationalWiki
Mathis got mad at this page. Here are some quotes:[29]

RationalWiki (which is known by most people outside their offices as RatWik or RatDik[note 2]) now has a page on me, which is nice. I appreciate the promotion. They could just not mention me at

all, which, considering what they say about me, would be the “rational” thing to do. If they are right and I am just a deluded crank, why have Google redirect all searches on Miles Mathis to their

page? Why the obvious and pathetic smear campaign? Do you really need to smear deluded cranks? No, logically and rationally, you can ignore deluded cranks, because they are no threat to any

real science. Therefore, logically and rationally, the fact that they feel it necessary to slander me with this prominent transparent project is another sign they are threatened.

I am kicking their sorry asses and the asses of their masters all over the field on a daily basis. But rather than respond in a scientific manner by addressing what I actually say, they hire a bunch of

nameless pussies hiding behind fake sites to build little “snarky” pages with zero content. I encourage you to read their anonymous response to me, and compare it in content to my papers.

They actually attack Newton on a page about me! Amazing. It’s an ego-trip alright, but one they just launched me on themselves. I can just see those who hired them finally getting around to reading

this: “What? You compared him to Newton? You boneheads! Why not put him on the same pedestal with Leonardo and Einstein while you are at it! We hire you to slander this guy on a half-page

and you can’t even get that right!”

I am probably already getting more hits than all of RatDiki, and this will just add to the gap. I certainly have more content. If Google didn’t pad the numbers of these Intel-front websites like RatDiki

by many orders of magnitude and suppress mine, we could discover that truth, but as it is we probably never will.

While they are waving their rubber swords in the air, glorying in the movements of their own girly arms, I am lopping their genitals off—and they are already too emasculated to notice. If they had a

lick of sense, they would have consulted my previous disembowelings of their confreres—who are now walking around dickless in Langley or Harvard or Berkeley or somewhere—and begged off.

But as proof they can’t read, they keep lining up for more.

That’s right, RatDiks, while you are and your pals are writing from sub-basement 12 at Langley—sucking on fumes from the boiler room—my writing committee is nested in the spire of the Burj

Khalifa, getting messages through the windows from eagles flying in from Etna and Everest. So you may as well tap out.