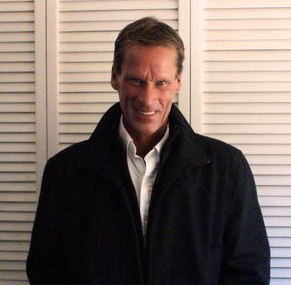 David McGowan (March 25 1960 – November 22, 2015) was an investigative journalist, author and internet activist, with a focus on deep politics.

He was an early critic of the US government’s official narrative about the events of September 11, 2001.

He died aged 55, on the 52nd anniversary of the assassination of President John F Kennedy, 6 months after being diagnosed with an unusually aggressive form of lung cancer.

Dave McGowan was born and raised in Torrance, California. He graduated from UCLA with a degree in psychology.

Since 1990, McGowan ran a small business in the greater Los Angeles area.

He was a dogged veteran of deep politics and deep events well before the term “Conspiracy theory” became ubiquitous in the wake of the 9-11 attacks.

He has published a number of books on various aspects of the excercise of occult power.

On 14 April 2015, I presented a lengthy video deconstruction of the 2013 Boston Marathon incident through the Caravan to Midnight radio show/podcast.

About a week later (on 20 April of all days), the nearly four-hour video presentation was uploaded to YouTube.

Not long after that, someone using the username Phoenix Archangel posted an interesting comment: “John [Wells, the host of the show] always signs off with some of the best advice ever.

Speaking of advice: this David McGowan fella really ought to quit smoking.

With all the elitist feathers he’s ruffling, he’s likely to come down with a spontaneous case of hitherto undiagnosed stage 4 inoperable Pancreatic cancer.”

If you haven’t watched the video yet, by the way, you really need to do so.

Have all your friends and family members watch it as well.

It’s a little on the long side and could use some serious editing, but it does succeed in completely laying waste to the official story of what happened in Boston on 15 April 2013.

As for Mr./Ms Archangel, he/she wasn’t too far off, though I’ve been told that it’s actually incurable small-cell lung cancer that has already spread to my liver and bones.

And no, that’s unfortunately not a joke. It’s my new reality as of just a few short weeks ago, when my entire world was turned upside-down and I suddenly found myself being admitted to the oncology ward at Glendale Adventist Medical Center. Four days later, I was beginning my first round of chemotherapy infusions. The second round began on 15 June.

I’m still having a very hard time processing all of this. Despite not having the healthiest diet and not making the most healthy lifestyle choices, I have been remarkably healthy throughout my adult life. Until a few weeks ago, I’d never been hospitalized as an adult. Never had any surgical procedures performed. Never had a major illness or significant injury. Never broke a bone in my body. Haven’t ever been reliant on any prescription drugs of any kind. Haven’t even had a primary care physician for many, many years.

But now, literally overnight, that reality has been replaced with a painful and, if I’m being perfectly honest, terrifying new reality. Based on what my doctors have told me and what I have read, the prognosis is not good. My oncologist seems to be of the opinion that I only have a couple years left on this planet, if that. The odds of surviving for even five more years are very, very low.

But I’ve never been one for taking advice or believing what I have been told. And I can be exceedingly stubborn. So if the medical community tells me that there is virtually no chance that I can survive this, I will do everything in my power to prove them wrong. But it is going to be a long, tough fight against a formidable foe. And any support that readers can offer, whether financial or moral, will be greatly appreciated.

In closing, thanks to all of you for your support and encouragement over the years. I hope to be able to continue to expose the crimes of the elite for many years to come. Stay tuned …

He has also published many studies of controversial events, notably the Apollo moonlandings, MKULTRA and the Laurel Canyon milieu of the late 1960’s, the assassination of Abraham Lincoln, The Pedophocracy, the Boston Marathon bombings and many others.

He can fairly claim the title of The First 9-11 Sceptic, having published a thorough, sceptical analysis of the events of 9-11 less than 24 hours after the collapse of the towers.

He had three daughters who republished his work from the former, now deactivated, website.